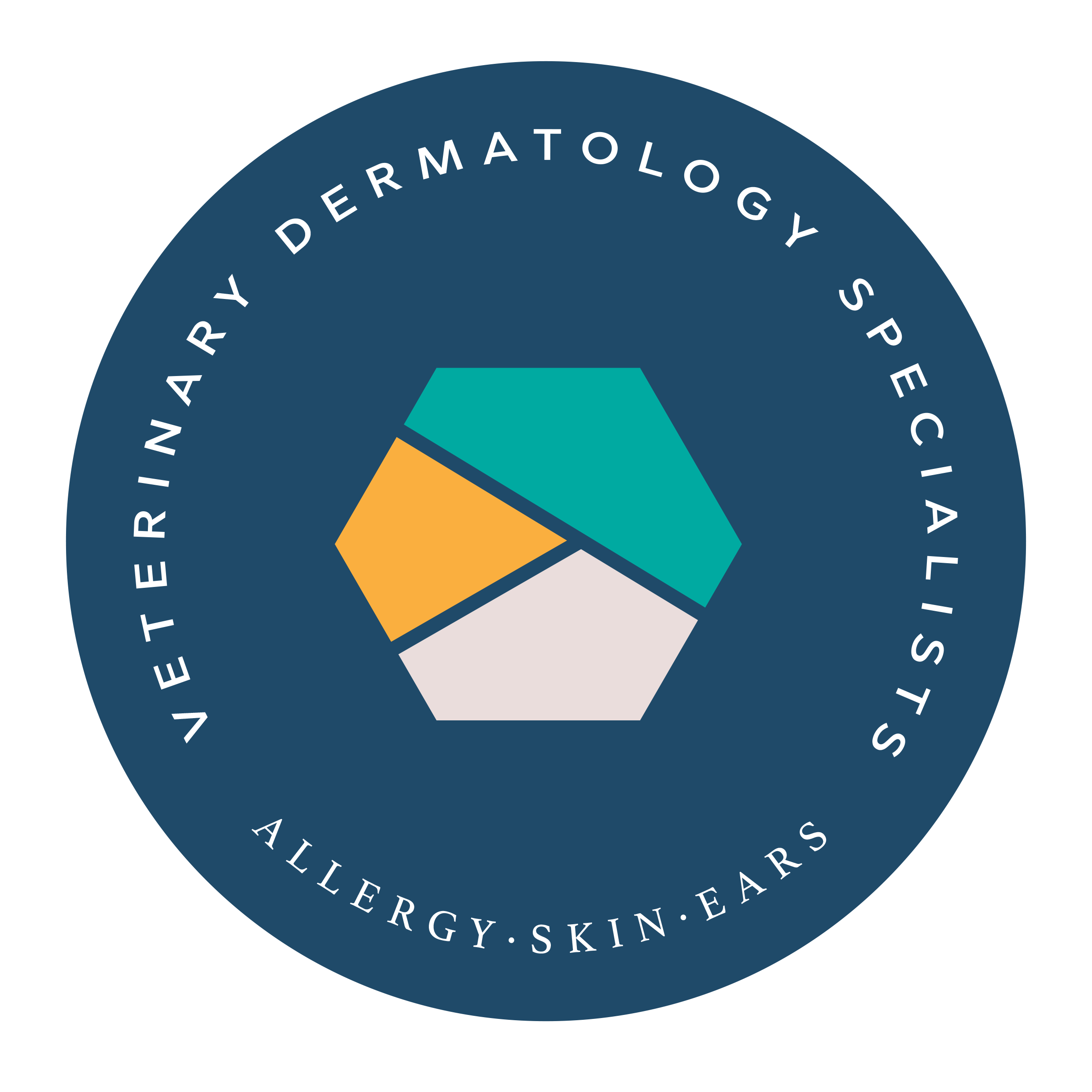 Harry the German Shorthaired Pointer came to us due to crusting, depigmentation, and ulceration of his nose. This was quite uncomfortable for Harry and parts of his nose would often bleed. We suspected that Harry may have an autoimmune condition, so admitted him for biopsies under general anaesthesia. The dermatologists took small punch biopsy samples of the affected area of his nose and sent them off to a special laboratory for evaluation.

This confirmed that Harry has an autoimmune condition called Discoid Lupus Erythematosus (DLE). This is a condition where the body’s own immune system attacks cells within the skin. To treat this, we prescribed Harry medication to suppress the immune systems abnormal response until he was remission, and gradually weaned him off this medication until his condition could be maintained with a topical treatment.

Since starting treatment, Harry is much more comfortable, and his nose is starting to return to its normal appearance. 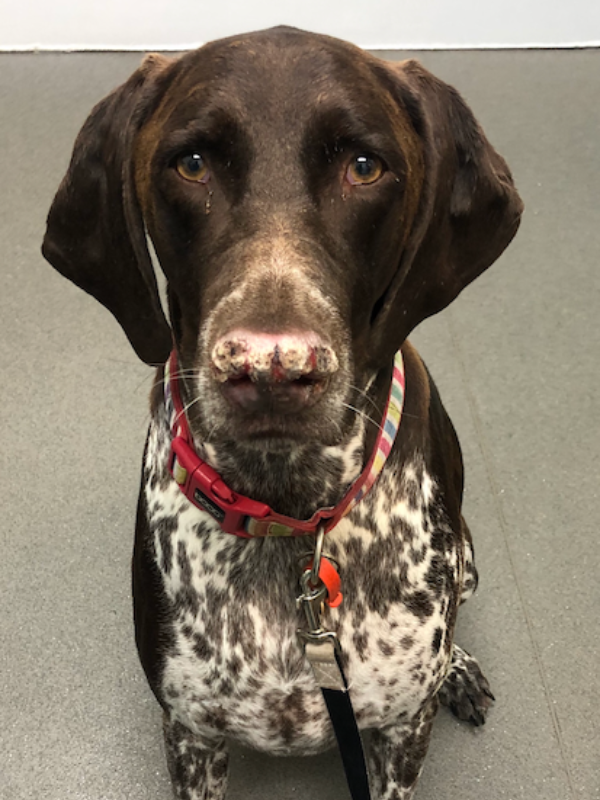 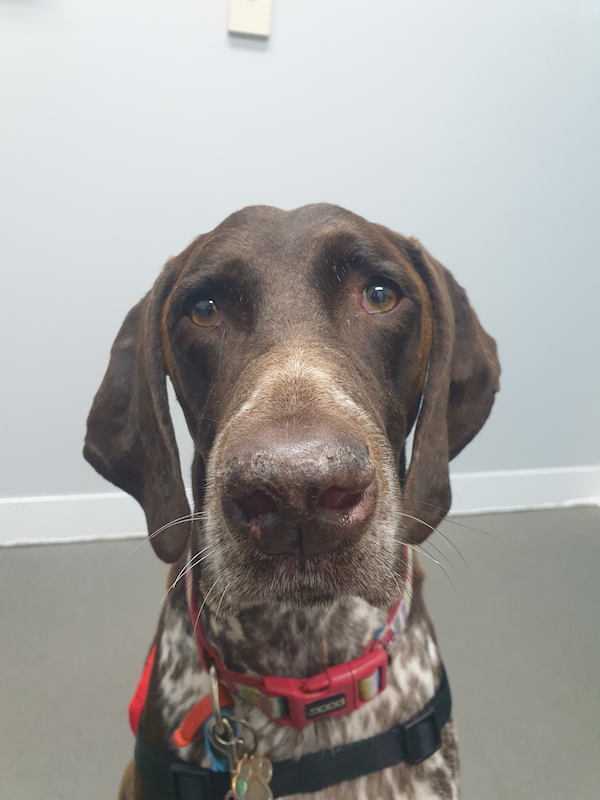 Do you have an itchy dog, cat or horse in Perth?